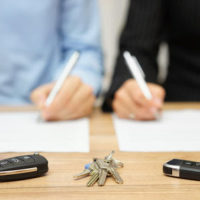 Most members of the United States armed services are not career military, and as such, will seek or receive discharge at the conclusion of their tour. Some divorced servicemembers, depending on their circumstances, may seek an honorable discharge when the time is right so that they can spend more time with their children. If you are interested in going this route, it is important to understand how this might affect issues like custody, alimony, and child support.

Under Florida law, if a final judgment or divorce decree exists that establishes a visitation schedule or other custody arrangements, it may not be modified without a showing of a substantial change in circumstances for the parent seeking modification. The ‘substantial change’ may be positive or negative, but there must be grounds for a parent to seek a change, rather than a simple preference to do so. Also, they must be able to show that the modification, if granted, will be in the child’s best interest, as that is the standard that is universally followed in Florida custody cases.

Florida jurisprudence has held in the past that specifically in military matters, a finding of substantial change is usually justifiable when a divorced parent is discharged, simply because it is essentially finding a new job. Everything from hours to pay is, at least temporarily, up in the air, and once the proverbial dust settles, it is plausible to assume that a modification may be justifiable. It is also important to keep in mind that your discharge need not be involuntary, at least not for child custody purposes.

Assuming that the court holds your discharge to be a substantial change in circumstances, it will re-evaluate the issue of custody, but may also examine the amounts paid in alimony and child support. Alimony modifications are most likely to happen upon retirement, as opposed to mere discharge, but it is still plausible that a modification would be granted if, for example, the servicemember’s new job paid significantly less than their military work. However, unlike with custody issues, a voluntary discharge essentially precludes an alimony modification, simply because it was voluntarily undertaken.

Child support, on the other hand, is owed to the child or children, rather than to your former spouse, and as such, the standard is much higher in terms of showing a substantial change. For example, a mere job switch will not meet the standard, but if you are awarded a greater share of parenting time after asking to modify your custody arrangement, you may be able to ask for a modification to your child support payment on that basis. The rationale is that since you would be spending more time with your children, your ex-spouse would require less support money from you.

Everyone eventually separates from the military, and if you choose to do so in order to spend more time with your children, you should have a good idea of how to do that and how best to approach asking. The Hollywood military divorce attorneys at The Law Offices of Steven A. Mason, P.A. can help answer your questions and guide you through the process. Contact the Fort Lauderdale and Hollywood Law Offices of Steven A. Mason, P.A. for legal advice at 954-963-5900 or leave a message online.