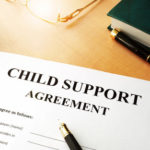 What Is Imputed Income? 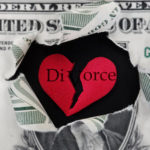 Did you know that Florida lawmakers have introduced a new issue into the bill aimed at alimony reform? And, according to a recent article in the Orlando Sentinel, many legislators aren’t happy about it. In short, Senator Tom Lee asked Senator Kelli Stargel, who sponsored the alimony reform measure, to include a provision about… Read More »

Florida frequently is ranked as one of the states with the highest divorce rates, based on figures reported by the U.S. Census. But will alimony reform in the state lead more couples to rethink whether divorce is actually the right decision for them? According to a recent article in the Saint Petersburg Blog, some… Read More »

Should spouses use phone apps to assist in their divorce?

It seems as if there is a phone application for virtually everything, from finding the lowest prices on gasoline to securing a great deal on your next hotel stay. We have come to rely on our phones to do far more than just allow us to communicate with one another; they now serve as… Read More »

For those in Florida who are struggling with a former spouse over the payment of spousal support, it is important to take precautions against worsening one’s legal stance through online activities. Specifically, posting comments and photos to sites such as Facebook or Twitter can seriously harm your ability to make a compelling legal argument… Read More »