Child Custody When One Parent Is Deployed 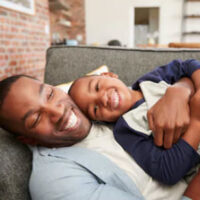 When one or both parents are in the military, and they decide to divorce, one of the first things that they will try to work out is child custody. Florida law starts from the belief that the court must act in the best interests of the child, but every case will hinge on a different interpretation of what that may actually be. If one parent is deployed, or is soon to be deployed, it can complicate matters profoundly, as the court must weigh competing interests in order to make a determination.

Ruling In The Child’s Best Interests

Florida law defines deployment as a period of less than 18 months, in which a servicemember must relocate “pursuant to … orders” that specify they must travel unaccompanied or otherwise do not permit their family to travel with them. During a single deployment, a military servicemember parent may grant temporary custody of their children to their civilian co-parent or another family member – but if they will face several deployments in the near future, the court may hesitate in terms of determining long-term custody.

In general, Florida courts will hold to the principle that a child benefits from having a relationship with both of their parents, which usually merits joint physical and legal custody. However, while a deployed parent can still have a relationship with their children, they cannot, by definition, take care of a child in the manner required while on assignment. While the fact of past or future deployments cannot be used as a factor in determining the best interests of the child, it can be used in determining practical considerations and ultimately, where a child should live.

The Order Can Be Modified

Even if a deployed parent is not awarded custody of their child, this is not the worst possible outcome in most cases, for multiple reasons. A temporary order of custody like this cannot be modified during deployment unless both parents consent on the record, or if it affects the child’s best interests or overall well-being. Upon return, however, the deployed parent can seek modification in the appropriate court – unless there is any kind of evidence that implies a relationship with the child would be a physical, mental, or emotional risk.

One thing to keep in mind is that a ‘deployment’ that lasts longer than 18 months is considered a relocation, for purposes of jurisdiction. Relocation with one’s children is very different than deploying away from them temporarily; Florida law also observes very strict regulations about one parent relocating with their children; notice is required, and failure to do so will very often be prosecuted as kidnapping.

Divorcing while in the military can be a complex endeavor, particularly if children are involved. A Hollywood military divorce attorney from the Law Offices of Steven A. Mason, P.A. may be able to help clarify matters. We are happy to try and assist you with your case. Call our offices today at (954) 963-5900 to speak to an attorney.