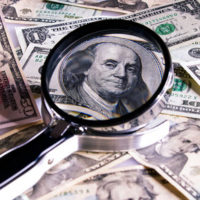 When military couples decide to divorce, one of the issues most often hotly debated is the question of military retired pay and how it can be divided. While some questions are easily decided, there are other concerns that may appear that can throw a proverbial wrench in the works. It makes a difference if one can enlist a knowledgeable professional on the subject, so as to smooth out the process.

Other Aspects of Retirement Division

Other financial questions are worthy of consideration when contemplating dividing retirement pay, and these must also be addressed. For example, many couples choose to take advantage of the government’s investment plans, referred to collectively as the Thrift Savings Plan (TSP). which is similar to a 401(k) in terms of yearly contribution limits and comes out of a servicemember’s base or incentive pay. This must be divided in the same manner as a servicemember’s standard retirement pay.

Another common issue that may get overlooked in confusion is the beneficiary and payments, if any, from the Survivor Benefit Program (SBP). The SBP is an annuity granted to a servicemember’s spouse, intended to help make up for lost income upon the servicemember’s passing. However, like many other retirement accounts, once a beneficiary is named on an SBP, it can be difficult to change. It is important that your divorce decree contain at least some provision detailing whether the beneficiary can be changed, or if not, how the proceeds should be distributed.  If you elect “former spouse coverage”, the former spouse must notify Defense Finance within one year of the Final Judgment of Dissolution of Marriage in order to preserve that entitlement.  This is a strict rule.

Divorce is always a complex proposition, and a military divorce can be even more intricate and complex. If you have questions regarding any aspect of your case, the Hollywood military divorce attorneys at the Law Offices of Steven A. Mason, P.A. may be able to assist. Contact the Fort Lauderdale and Hollywood Law Offices of Steven A. Mason, P.A. for legal advice at 954-963-5900 or leave a message online.