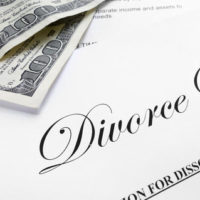 Inheritances are generally granted to individual people – someone’s child, spouse or sibling. However, sometimes they are willed to a couple or group of people. Either way, the issue may arise during divorce proceedings as to whether or not an inheritance qualifies as marital property. It is important to ensure that a person understands how assets are distributed under Florida law so part or all of the inheritance is not lost unnecessarily.

During a divorce, marital assets are divided between the spouses, not equally, but equitably. In other words, assets are divided in the fairest manner possible, based on several different factors, including the length of the marriage, the current and future earning potential of both spouses, the contributions of each spouse to the marriage (including that of a spouse that stayed home to care for children), and others. The objective is to achieve a balance between ensuring that both spouses are able to preserve a standard of living as close to the marital standard as possible and not unduly burdening either one.

It is important to keep in mind that while an inheritance can become marital property, it does not start out as such. Florida law holds that an inheritance is one of the few assets acquired during a marriage that does not automatically become marital property unless it is left to both spouses. The only way for that to occur is to willfully commingle the funds (or somehow render a tangible asset like a car marital property, which can be done by paying its loan with marital funds or using marital funds to repair it, among other ways).

Many couples attempt to keep certain assets separate by using a prenuptial agreement, and this is possible in Florida in certain situations, but not all. If there is a reasonable expectation that you might receive an inheritance at the time the prenup is executed, you should be able to include that expectation in the agreement, thus preserving it as a separate asset. However, if you do not have a reasonable expectation of receiving a bequest, it is not possible to simply insert language in a prenup (in most situations) that deals with any hypothetical inheritance. While the specifics of such issues have to be handled on a case-by-case basis, these clauses will generally be struck down as unenforceable unless there is a specific bequest at issue.

Inheritances are generally loving gifts from kind relatives, and it is perhaps understandable to want to ensure that their kindness reaches the intended recipient. If you have any questions about how to handle or protect an inheritance during divorce, contacting an attorney is a good first step. The Hollywood divorce lawyers at the Law Offices of Steven A. Mason, P.A. are happy to try and assist you with your questions. Contact the Fort Lauderdale and Hollywood Law Offices of Steven A. Mason, P.A. for legal advice at 954-963-5900 or leave a message online.