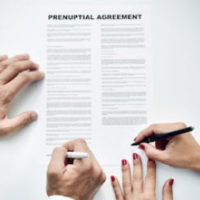 Prenuptial agreements are meant to be set in stone to a reasonable degree. This means that most of the time, it is not possible to invalidate or overturn a prenup. However, there are exceptions in which a provision of the agreement might be able to be invalidated. If you have been stuck in a prenup that you did not want to sign or got stuck signing, you may be able to have at least some of it invalidated as long as you are able to show certain criteria have been met (or not).

Duress Or Fraud Must Be Found

The only real way to get a prenup overturned is to present evidence that no real contract exists – in other words, that there was no meeting of the minds as to what exactly was being agreed upon. This can be done either via duress or fraud. Duress is essentially pressuring someone (via wrongful or inappropriate conduct) into making the decision to sign the prenup, when they might not otherwise have done so. Fraud, in this context, is defined as failing to disclose relevant or potentially damaging information to the other party before they sign the prenup.

Be advised that under Florida law, duress can be somewhat difficult to establish. Case law exists as to what is not duress – for example, one party putting the other under emotional strain is not duress, though making physical threats certainly would be. Another example would be threatening civil lawsuits; as long as the person doing the threatening actually has the potential authority to bring such a suit, it does not constitute duress – it is merely an expression of an avenue that a party can legally pursue. Be certain that you have as solid a case for duress as is possible.

Another avenue that some try to pursue in terms of overruling their prenup is the issue of unconscionability, or extreme unfairness. Florida law defines “unconscionable” as being contrary to or shocking ‘good conscience,’ and this is an extremely difficult standard to meet under standard circumstances. In order to invalidate a prenup, it must have been unconscionable “when it was executed,” which can also be difficult to pin down, especially when dealing with assets like stocks, which fluctuate in value.

If you do intend to argue that your prenup is unconscionable, one of the best approaches is to establish the timing around the agreement itself. A prenup that would be acceptable if presented for signature a month before the wedding may be unconscionable if presented to your partner with two days’ time to review. A prenup is a contract, and contracts usually require both parties having similar bargaining power. If that equality does not exist, it will be easier to attack the prenup on this ground, though it will still be a difficult task.

Finally, a prenuptial agreement may also be overturned on the basis of one or both parties failing to disclose their financial condition. To be sure, a prenuptial agreement may be deemed unconscionable if either party “was not provided a fair and reasonable disclosure of the property or financial obligations of the other party,” which is usually in the form of a Financial Affidavit, or even a net worth statement that outlines the details of the party’s finances. This is a common ground used to overturn prenuptial agreements in Florida; as such, if you believe that you were unaware of your spouse’s financial situation prior to signing an agreement, it is in your best interests to reach out to an attorney immediately for professional help.

Prenuptial agreements are much more common nowadays than they used to be, but they are still not required, and if you have been pushed into signing one, you may be able to have it invalidated. Consulting an attorney on the subject is a good first step. The Hollywood prenuptial agreement lawyers at the Law Offices of Steven A. Mason, P.A. have handled these cases before and are happy to try and help you with yours. Contact the Fort Lauderdale and Hollywood Law Offices of Steven A. Mason, P.A. for legal advice at 954-963-5900 or leave a message online.