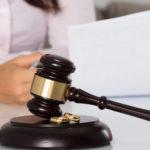 What Is The Survivor Benefit Plan?

One of the advantages to a military life is that certain benefits are generally available to personnel that might not be available to all civilians. One of these is the Survivor Benefit Plan (SBP), which is an insurance plan for spouses and children of military personnel that will pay out a monthly annuity in… Read More »