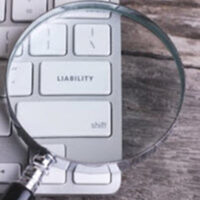 The collapse of Champlain Towers South in Surfside, Florida has led to 98 deaths. The building collapsed on June 24, 2021, causing untold numbers of injuries as well as unfathomable property damage for its residents. While no official cause of the tragedy has been determined, several signs have raised questions of ultimate liability, particularly on the part of the condo board. While hopefully such tragedies can be avoided in the future, it is worth learning certain lessons from this event.

Forensic engineers are investigating the exact chain of events that led to the tower’s collapse, but most seem to agree that decay and defects in the lower reaches of the building could plausibly have made a difference. In 2018, the condo board engaged a consulting firm to inspect the premises, and while they cited nothing profoundly alarming, they did notice signs of spalling, which is when reinforced steel encased in concrete starts to rust. The consultant also pointed to failures in the waterproofing under the tower’s pool, which had the potential to cause structural damage at a later point.

Know Your Rights As A Condo Owner

No liability can attach to the board of Champlain Towers South at this time, but condo boards can be found liable for negligence if the evidence exists. Many associations are self-managed, meaning that they may have no professional expertise. The instinct to save money often trumps all else, including possible safety concerns in many cases. Board members may simply not see their role as anything more than a volunteer opportunity. You have the right to insist on your condo board performing its legally required duties.

One thing that a condo board is not required to do, however, is to reimburse owners for lost possessions. There are only two ways that a condo owner can recover for damages or lost possessions if something happens to their living space. One is by having an HO-6 insurance policy, which usually covers everything in your condo from the wall studs in. The other way to recover is by establishing negligence on the part of your condo association, which can be difficult to establish, especially without experienced legal assistance.

We can take lessons from this tragedy in terms of better understanding the role of a condominium board, and understanding the rights that condo owners have as individuals. If you believe that you have experienced negligence from your condo board, contacting the Law Offices of Steven A. Mason, P.A. may be the first step toward seeking the compensation you deserve. Contact our offices today to speak to a Hollywood condo association attorney.