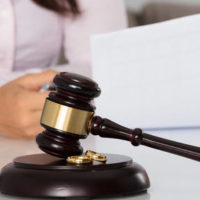 Divorce is never easy, but getting a divorce from a military servicemember can be even more complex than getting one from a civilian, especially if you have children. Issues like child support and parenting time may not be handled in the same manner as they would if two civilians were divorcing, due to military regulations that must be honored as well as ordinary laws. It can be difficult to keep so many different questions to the fore, which is why it is usually recommended to speak to an experienced military divorce lawyer to get some help.

Perhaps the most important issues, especially if you have left the workforce to support your spouse’s career, are alimony and child support. While the law states that a parent must pay child support until that child reaches age 18, the method of calculating that support may slightly differ from those used for civilians. For example, deployment pay raises must be taken into account. Many spouses do not know, or forget, or have had it kept from them, that a military member’s pay will differ when they are deployed versus when they are off duty. If they deploy frequently, ignoring that pay raise may make a substantial difference in the amount of child support awarded.

There are also potential wrinkles when it comes to alimony determinations in Florida – namely, that state law creates a rebuttable presumption against any award of alimony if the marriage has lasted less than 7 years. In other words,  in most cases, alimony will not be awarded if your marriage lasted less than 7 years – however, a rebuttable presumption can be overcome with the right argument. Most Florida courts agree that a spouse giving up a career or other opportunity to follow or support their spouse’s military career constitutes a good enough reason to overlook the presumption. Thus, even if your marriage was relatively short, you may still be entitled to alimony.

Custody determinations between a civilian and a military member spouse can also be quite complex. Relocations for active duty servicemembers can throw a serious wrench into parenting time, and a sudden deployment may merit a readjustment of the entire custody agreement, not just visitation. If your co-parent is ordered to relocate to a new base (what the military calls ‘permanent change in station,’ or PCS), the standards they must follow if they want to take the children with them are the same ones that civilians follow – namely, that they must obtain either your written consent, or they must obtain permission from the court. If they merely wish to continue visitation, just at a longer distance, it is generally easier to work out a new parenting time schedule.

Child custody modifications are usually granted only upon a substantial change in circumstances, and if a military parent is suddenly deployed, this can constitute a ‘substantial change.’ However, the normal pace of child custody modifications may not be sufficient for a parent who has to deploy in a set number of days, so Florida law allows for a temporary modification for both parenting time and child support. Under the law, the court will allow someone to be appointed to exercise parenting time ‘for’ that parent – oftentimes the other spouse – if the deployment will be more than 90 days. Whether you are elected to exercise that parenting time or not, however, this can throw a wrench into plans you may have had, even though it may be in the best interests of your children to have a continuing relationship with their other parent.

Military divorces are more difficult to navigate alone than civilian divorces, and in general, you deserve experienced legal help on your side helping you through the process. The Law Offices of Steven A. Mason, P.A. have handled numerous military divorces and can assist you with yours. Contact us today at 954-963-5900 for personalized attention.