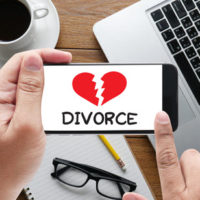 When a military service member is involved in a divorce, the main issue over which disputes arise is the issue of what portion of the service member’s pension should be earmarked for their soon-to-be ex-spouse. Even with those who have served for 20 years and are familiar with the retirement pay system, however, can make mistakes when discerning between retired pay, “disposable” retired pay, and disability pay, and these types of mistakes can cause significant problems later on down the road.

What Is “Disposable Retired Pay?”

Military retired pay is somewhat self-explanatory; each service member is guaranteed a certain amount in pension funds upon achieving points that equal 20 years or more of service. A reservist may receive a different amount each month than an active-duty soldier, but as long as the 20 year requirement is satisfied, the pension is granted. However, before a service member sees that check, certain deductions are made for debits either owed to the military or agreed upon in exchange for something else (for example, often certain amounts are deducted from retired pay in exchange for funding a survivor benefit plan, so the person receives less but has the knowledge that their survivors are taken care of).

The amount left over after these debits are taken into account is the amount of disposable retired pay, but it is easy to mistake it for the total beforehand. As such, it is not uncommon for couples to stipulate pension divisions based on the wrong total, which then have to be amended or assets redistributed. At the very least, one or both spouses may receive an unpleasant surprise if they mistake one total for the other.

Disability pay is a more complex issue in most divorces, not least of all because one of the debits a service member can initiate with their retired pay is to classify some as disability pay. Doing this allows them to access pension money earlier than they would otherwise be able to, which can make a big difference to families that may not have the funds to deal with a family member’s disability. If the service member elects to make this change before the divorce goes through, the soon-to-be ex-spouse may receive far less than they anticipated unless they are aware of the debit.

It is also important to remember that while retired pay is divisible, the case of Mansell v. Mansell (1989) holds that disability pay is not. In other words, a civilian court has no right to divide or apportion disability pay, because it is not marital property. This makes it even more critical for spouses to understand and share the decision the service member may make with their pension fund, because planning on funds that later go to disability pay can cause significant issues and concern.

Military divorce can be more complex than its civilian cousin simply because different laws govern various issues, and the average person may be unfamiliar with the jurisprudence. If you are in this situation, engaging a knowledgeable attorney can make a big difference. The zealous Hollywood military divorce lawyers at the firm of Steven A. Mason, P.A. are happy to help answer your questions. Contact the Fort Lauderdale and Hollywood Law Offices of Steven A. Mason, P.A. for legal advice at 954-963-5900 or leave a message online.