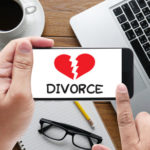 When a military service member is involved in a divorce, the main issue over which disputes arise is the issue of what portion of the service member’s pension should be earmarked for their soon-to-be ex-spouse. Even with those who have served for 20 years and are familiar with the retirement pay system, however, can… Read More »

Does filing for divorce still have the stigma it carried decades ago? While many Americans have come to view divorce as a situation for which we should express sympathy and kindness, some still feel there’s some dishonor in being a divorcee. In particular, according to a recent story in Stars and Stripes Magazine, stigma… Read More »

How often do military spouses get divorced in Florida? According to a recent article from Military.com, the military divorce rate is at its “lowest level in 10 years.” To be sure, based on data released from the Department of Defense, the divorce rate among military couples dropped again from last year, allowing the military… Read More »