Sorting Out Finances In A Florida Military Divorce 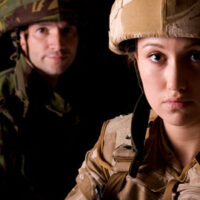 A divorce between one or two members of the U.S. military is a very different process than a standard civilian divorce. Everything from timing to custody can be affected, especially if the military servicemember(s) in the marriage are actively deployed. However, the issue of finances is by far the most complex and potentially divisive issue in a military divorce, because the regulations around who gets what can be confusing. Having an experienced attorney to help clear things up is important.

There are several issues in a military divorce that generally do not occur with a civilian divorce, including timing and jurisdiction – for example, a military couple must divorce either in the place where they are stationed, or in the place where their legal domicile is. So if a couple’s legal domicile is in Texas but they are stationed in Florida, they would (in theory) be able to divorce in either state. Anywhere that the couple either lives, or has lived – a home they claim for tax purposes, for example, would not confer jurisdiction.

It is, however, the financial issues that can cause the most confusion for the divorcing couple. Military pensions and benefits can cause the most disagreement between the couple simply because the laws surrounding their distribution are convoluted, especially compared with the relatively straightforward laws regarding civilian asset distribution. The Uniformed Services Former Spouses Protection Act (USFSPA) will govern pension distribution, but depending on several different factors, the process may be far more convoluted than it appears.

Florida is an equitable distribution state, meaning that the assets acquired during a marriage are divided equitably (that is, fairly), unlike in other states where assets are simply divided 50-50. However, because Florida observes equitable distribution, it means that every asset must be categorized specifically. A good example of this is in valuing accrued vacation and sick time – while some states do not count this as marital property, Florida does.

It is important to keep in mind that as a general rule, veterans’ benefits are considered marital property (they are intended to take care of dependents), but for the most part, any disability benefits awarded are not. It is permissible to take disability benefits into account for the purposes of assessing child support, but not as part of the marital estate. Those are held to belong solely to the disabled veteran, since the funds were granted directly to improve their quality of life.

Untangling your finances from the specific regulations enforced on military personnel can be confusing and time-consuming if you try to do it alone. Calling the Law Offices of Steven A. Mason, P.A. can be of great help in trying to make sense of everything. Contact our Hollywood military divorce attorneys today at (954) 963-5900 to schedule a consultation.