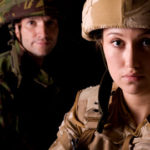 Getting a divorce while one is in the military, or from a military member, is markedly different than getting a divorce while both parties are civilians. There are issues that simply do not come up in civilian divorces because there is no functional equivalent to certain rules. Regardless, it is important to educate yourself… Read More »