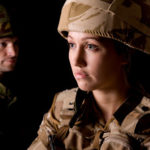 Like anyone else, military personnel marry and divorce, and many require help separating assets and obligations, especially those granted by the military itself. In order to help with this, several guidelines and rules have been passed, many of which help to integrate military divorce procedure with standard civilian law. The so-called 10/10 Rule is… Read More »